There are treatments available for the condition, and one treatment involves using positive pressure to keep the airways open to let air flow freely during sleep. The other option, a mouthpiece device, keep the lower jaw forward to help the snorer sleep without breathing problems. But, some sleep apnea conditions would need surgery to treat the disease.

How Obstructive Sleep Apnea Plays Out In Your Sleep!

The passage of breathing air is by the windpipe from the throat to the lungs. The windpipe narrows at the back of the throat during sleep, but the muscles prevent the passage to close during waking hours. The restriction of the air passage is the main reason people snore.

However, with some snorers, breathing is so restricted that the lungs virtually receive no air. The brain gives instructions to the muscles to get the airways open up. Most likely, the snorer would wake up but would quickly go back to sleep when the muscles get to work to open up the airways.

The people who suffer this sleeping condition would not be aware of the sleeping interruptions that go on during his or her sleep. This breathing disorder during sleep is called the obstructive sleep apnea.

The Medical and Health Complications of Obstructive Sleep Apnea

The sleeping interruptions associated with sleep apnea prevent people with the condition from having a quality sleep. They, therefore, experience tiredness and sleepiness during the day. They usually lack concentration and keep falling asleep at odds time like driving or watching the TV as well as work-related incidents.

As obstructive sleep apnea reduces blood oxygen going into the lungs, blood pressure increases straining the cardio system. Most people with OSA would develop high blood pressure (hypertension), which would increase the patient risk for heart diseases. OSA is a serious health condition that needs immediate attention as soon as noticed.

Problems with surgery and medications

After surgery, people with The OSA condition are prone to experience worse breathing issues. The breathing problem they experience are because of the sedatives they receive and the lying down at their backs. It is important a doctor is made aware of a patient’s sleep aponea condition before any surgery. Doctors would do various tests prior to the surgery to make sure the patient has the best preparation for successful opreations. protection

Problems with the Eyes

Various studies about the the OSA condition have revealed some eyes related problems like glaucoma. But, the good news is that almost the eyes related complication issues can be treated.

Sleep is a necessity to all humans and a poor sleep as a result of any disturbance would cause difficulties in relationships. Snoring keep people around from getting the needed rest which is a source of irritations that can lead to break downs of relationships.

The importance of weight loss to curing obstructive sleep apnea

Weight is a big snore influential factor. People with excess fat, especially around the neck, are prone to snore. The advice is to lose as much weight as possible. Losing the fat which may block the airways open the windpipe for air to flow freely. In most cases, a good reduction of fat in the body would completely cure the disease.

Because it is difficult for patients to lose weight, the health authorities recommend continuous positive airway pressure (CPAP). Even though the device may work well, not every one likes it. Somke patients feeln weird to wearv them on their faces.

This machine prevents sleep apnea to happen by freeing air into the nose and mouth for the lungs. The continues flowing of air keeps the airways open.

CPAP other alternative is an oral plastic appliance which are inserted into the mouth to prevent the collapse of tissues and the tongue in the back on the airways when sleeping.

These devices are temporary useful and are not for permanent treatment. The way to get rid of the OSA condition permanently is either by losing weight or having a surgery. Surgery, however, has some side effects. And because of the side effects, it is the last recommended option for patients.

As many victims of the OSA condition are not aware of having it, surgeries that require sedative must have tests to eliminate the condition first. This is because sedatives put people to sleep, and the condition happens in sleep. 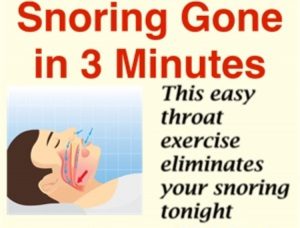